So as I mentioned, I was in a real tizzy…A panic spiral the past month or so. It just felt like EVERY SINGLE WEEK there was some new drama with my horse. You name it, I had it. And I felt like I was on a hair-trigger, since my good friend’s horse has had some terrible health issues recently (two colic episodes, and he came up dead lame a day after Oats did, but it was more serious than Oats and continues to be…) 😦 Just awful.

So, in light of my friends miserable horse journey, every single week I get a panic text or call or message from the barn, I rush out and find some new disaster. Fortunately they were not serious but still. I am on a real hair trigger…And Oats came up dead lame on Canada Day, so we had to rush back from our little ‘stay-cation’ out of town but first our car died, so we had to get a jump, to get a new battery, THEN to the barn. Jesus.

So Oaty went lame, dragging a leg, very lame. No heat, no swelling. I called my vet and he suggested we check for an abscess, since it came up so suddenly with no obvious trauma or swelling. I got the farrier out that day and BINGO! She dug in and was like yep, big abscess.

So this is his foot journey for the week he was lame (THANK GOD!!!) it was only that long. Thanking my lucky stars! 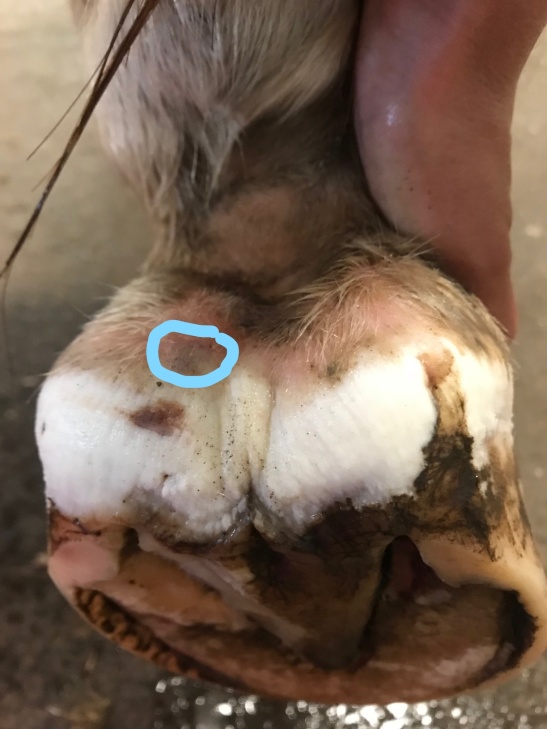 Saturday- some progress, you can see puncture spots and 1 bruise-like area I circled that was the big one! 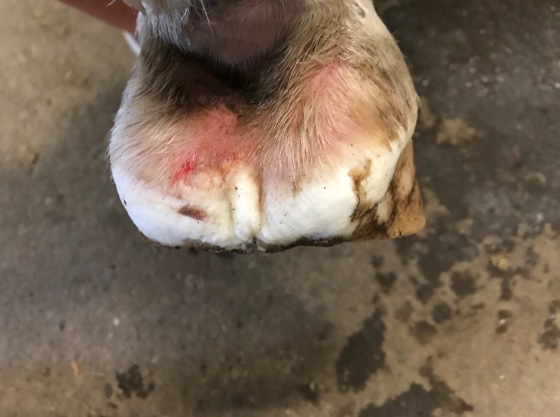 And this was on Sunday- I poked at the bruise spot and it was bleeding/puss a bit.

Wed/Thur- All healed! I was able to check him on Wednesday and it healed over, and then ride on Thursday and lesson on Saturday and then BEACH on Monday! 🙂