Ugh, just some more weather-griping from me these days. It is cold, unseasonably so, with tons and tons of snow and ice. Yay?! UGH!! I hate it. I finally got out to ride Oats yesterday, driving very carefully. There is a lot of snow at the barn, but you can get to the barn, paddocks and arena- it’s a bit of a tough slip ‘n’ slide but I made it! 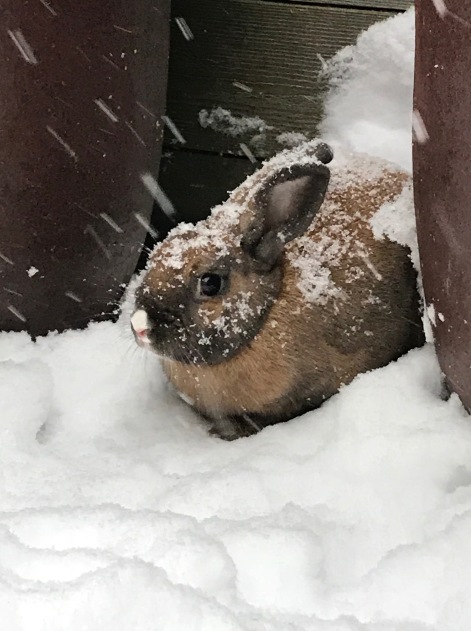 Tucker is OVER IT.

Have a lesson tonight, and the forecast is calling for more snow. Can it just be rain, please please? For me? Good lord, I’m not cut out for this winter- business. Not even close! I was commenting to my colleague the other day that when the weather clears up, what will I be able to complain about? I’ve had a lot of ”good” material this new year (really sick, pulled a rib muscle, the dog-sitting adventure from the depths of hell, sick rabbit to join in the fun, and now tons of snow, ice and freezing temperatures).

Keeping in mind of course, these are all minor annoyances and small gripes. Thank Christ.

It looks pretty until there’s 2ft of the damn stuff! Photo courtesy of Sarah C.

Happy Valentine’s Day? I’ll meet you on the other side, when the sun shines and the sidewalks aren’t treacherously deadly.

And lucky for me, it landed on the day I take off from the barn! 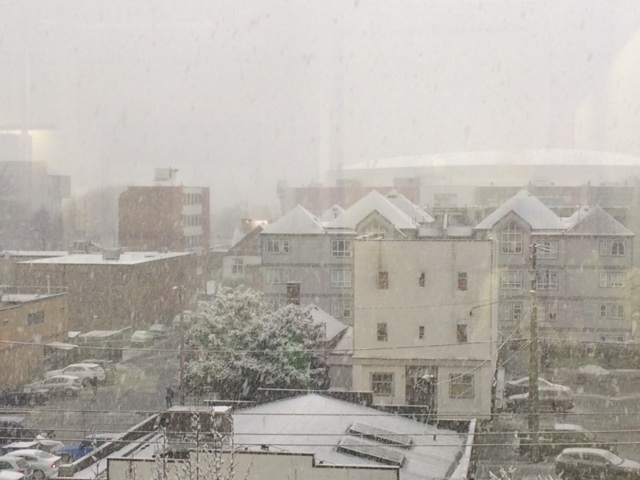 Not so lucky for me- snow was sticking to the ground and coming down quite hard, in big flakes, blasting right into my eyeballs the entire way I was run-shuffling home. It was very cold, and slippery and the snow in my eyes was painful. ARGH. 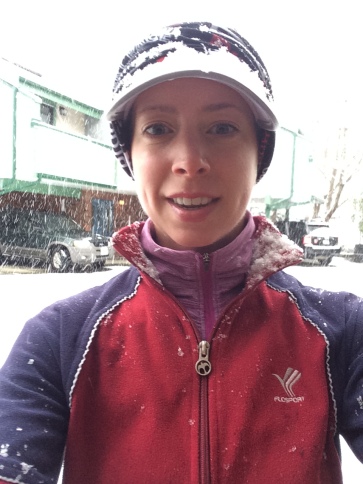 The animals liked the snow a lot though! Gidget was tearing around in the field (I took her running in the field with me, since I could’t go for a regular run like I do on Wednesdays…the roads/sidewalks were slippery deathtraps). She does suffer from snoball feet though!

Tucker was unsure about the snow at first, and then he really got into it was was racing up and down the deck!

All in all, it looks very pretty today but I will be very happy for the snow to go, and for spring to come in earnest!

We said ‘seeya’ to our condo and zipped up island to Ucluelet to the Black Rock resort for a few days of R&R before we did actual Christmas with my in-laws at their farm.

Our fake Christmas tree. It looks nice, even though I still prefer real.

And it was SO worth it. The drive up wasn’t bad, there was snow on the pass/summit but nothing on the road (thank god. I was having flashbacks of our nightmare road trip to California a few years ago, where we had the most disasterous time…I was sure we were going to die).

All was good. The resort allows pets, so Gidget came with us! We had the hot tubs to ourselves, a really neat condo-type hotel accomodation, bathrobes galore, a rain shower, ’90’s movies on cable (Hook and Jumanji) booze, snacks, beers, chocolate and lots of lazing around.

We also did some storm watching, and it was quite violent. The beaches nearer to Tofino were closed for both watching/walking and surfing, because the surf and risk of rogue waves was so high!

It snowed at night, and Ian, Gidget and I enjoyed a walk in the snow- damn it was slippery-and we threw snow/ice balls at each other and at the dog. It also hailed a lot at night and man it was so loud.

We ate at Shelter, and it was good but I really wanted to try Wolf in the Fog, but they were closed when we were there, bummer. We also grabbed a coffee the next day in Tofino and put Baileys in it, and walked around town. It was absolutely FREEZING on the beach- so much so that we spent like, zero time on it…Got blasted off by the insane wind. So.Cold.

Sadly Ucluelet has a real lack of good restaurants- the best one apparently is Norwoods, with Black Rock’s Fetch being a close second, so we pretty much head to Tofino for any fine dining otherwise. They have a booming selection, compared with when we used to come in university.

Then we packed up and headed to the farm for a family Christmas- it was fine, I wished we had a tree there, because it doesn’t feel quite like Christmas to me without one. Oh well! The food was great, and it was nice to enjoy company without feeling pressured to do too much ‘family togetherness’ which always spells disaster in my family… 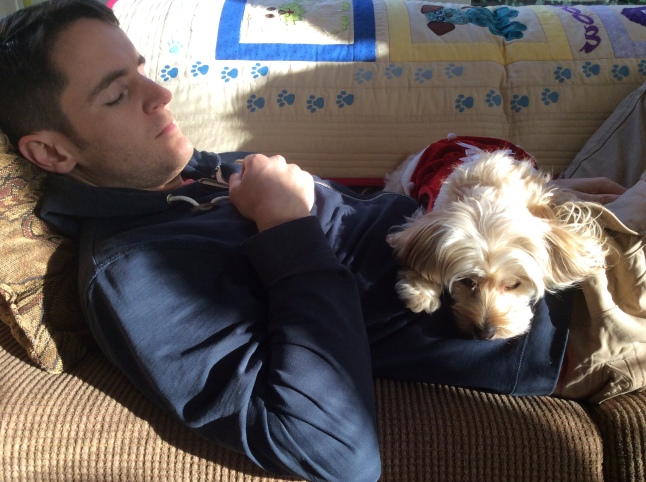