My colleague just got a new puppy. I love him sooo much! Adorable! I just want to snuggle and hug the new puppy. He is just the cutest little snug bug. 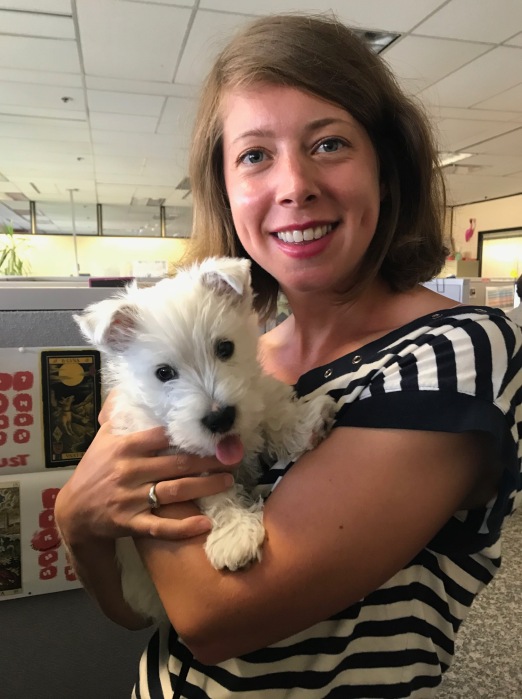 Love my animals…and my in-laws animals too! 🙂 They brighten our days and hearts. 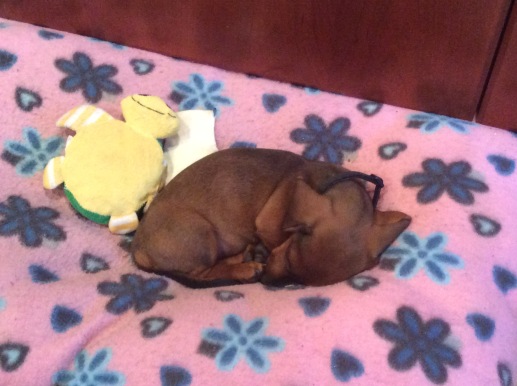 So this week Mr. Oats is off due to his snotty nose and cough, until he finishes his round of antibiotics – ask me how fun it is to crush up 100 pills… 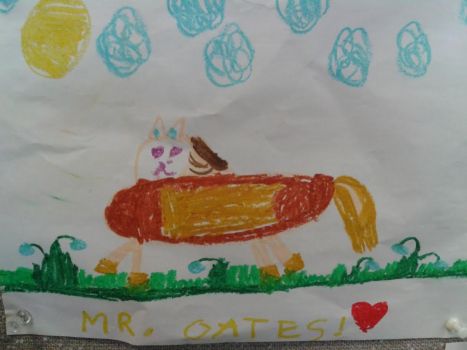 Mr. Oats as envisioned by a six-year-old.

Last week my dwarf bunny Buster scared the life out of me by accidentally getting his teeth stuck over the top bars of his cage. JESUS! How does that even happen? Well, we have a morning routine of giving treats while I check his food and water, and he was biting at the bars of his cage- wanted treats now and then bit the top bar and couldn’t get his teeth off them!

So, he was hanging from the top of his cage by his teeth! I shoved his teeth back with my thumbs until he got unhooked and fell down. He seemed relatively unhurt and was still interested in his treats, so that was ok, just scary. Until this week, when I was checking him over and he chipped one of his front teeth during that little escapade! aRGH.

Oh and let’s not forget Gidget, who has since been banished to stay in the bathroom during the day because she has since un-learned how to be toilet trained…ARGHHH again. And she looks like a wooly mammoth, since her grooming appointment last week got rescheduled (sadly, due to the owner of the salon’s death? All the groomers attended her funeral last week).

Man…I need a week off from the animal-drama!

A very sweaty Oats from a few weeks ago- working hard!