We all have these I guess. The grey days, in a funk, blah rides. Though check out this pic- even on his most blah days, Oats is a cutie! Taken on Saturday: 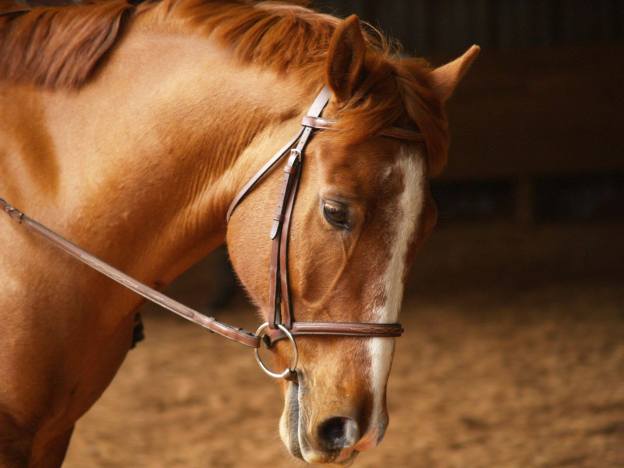 Also, Oats got his vaccinations on Friday and he felt really ‘off’ on Saturday and Sunday. Saturday, his canter felt terrible. He was scrambling, couldn’t keep the gait, felt like he had about 10 legs going at once, and was very unbalanced. I was like WTF? After our fabulous rides this past week, I was quite disappointed to have such a lousy ride…

Then I clued in that he most likely was feeling sore and out of it. Fair enough, Oats.

I let him graze for about an hour in the outdoor arena while I worked on it, digging up grass clumps. I do think he had the better part of the deal though!

I went for a fairly good 15k run with my husband on Saturday after I finished riding and working in the outdoor. In retrospect  I was running on legs that were already feeling tired. I was complaining on Friday that I felt tired, really tired. Like, I came home and lay down- on a Friday?! I was THAT tired, I guess.

So, running on Saturday after riding and digging in the arena was probably a bit much but it felt pretty good. AND I saw a seagull fish a crab out of the ocean and start smacking it around. The poor crab didn’t stand a chance, even when the seagull dropped it a few times!

Sunday, I tried again with Oats and he still felt very ‘eh’. His canter was improved, but his trot got worse. He could.not.bend.right. for the life of him! I tried everything, and he cranked his leaning to the left.

It was frustrating…And yet again, I figured it was stiffness due to the vaccination. I guess it was just hitting him harder than usual? So, two days of me feeling like I don’t know how to ride my pony, and don’t know how to run anymore either. Positive progress? It’s a bit of a game of snakes and ladders, haha!

Oats had Monday off, and so I did I. We normally take that day off to decompress, and give he and I, a fresh start to the week. We have our dressage lesson today and after the weekend, I am not sure what I’m going to be getting from him…