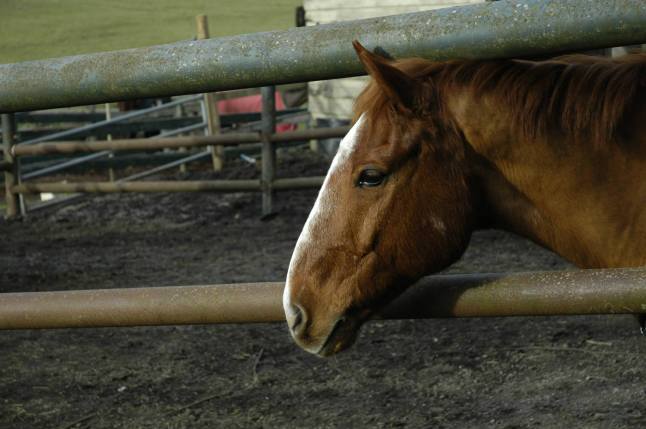 No ride Thursday (had the Mounties concert instead).

Saturday: I was a bit hesitant because Oats had two days off, and I was wondering if he was going to be a wild man. I didn’t longe him, and was thinking if I was going to regret that the whole way down to the arena. But you know what? He was great. I had a fantastic canter going, so round and I felt like I could control every stride of it. I cantered in to a crossrail and could measure our strides exactly…It felt like a breakthrough ride.

Sunday- Rode a bit late due to my running going late. That meant we were in the arena during a few lessons, so I felt a bit more frazzled. No matter, he gave me some really nice canter work, our transitions were ok on a circle (when I wasn’t dodging anyone?!!!) and we got to watch a few riders go. On the whole, he was ok. We did have another epic battle of wills when I started pulling his mane again….aRGH. Haha. My husband asked why I spent three hours at the barn. THREE Hours? Jesus! I didn’t even realize I was gone that long!!!

Yikes! I’m too horsey, I think!